What is Blockchain Technology? Different types of usage

In this article, we review the basics of this technology, its benefits, and why it can enhance trust in the world of online transactions. 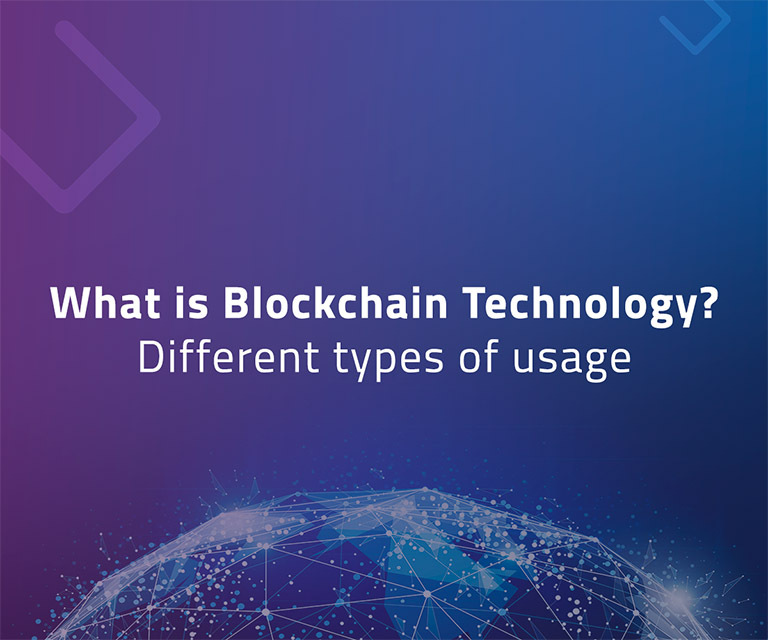 Blockchain is proving to be a game-changer across the market for various global industries, from finance to IT and dozens of industries in between.

‍
It's been more than a decade since Satoshi Nakamoto first introduced Blockchain technology to the world in his 2008 Bitcoin Whitepaper.

Since then, these innovative networks have gained popularity in the corporate world and even governmental sectors. This growth is easily explained, considering that Blockchain technology provides some unique advantages that were previously unimaginable. Today, you can find this technology in nearly every sector of the global economy.

‍
In a nutshell, a Blockchain is an organized chain of blocks, where each block is linked with the previous one until reaching the first block, called the "genesis block." Each block contains an ordered list of transactions that carry all the operations performed by users.

All this information is replicated in each node within the blockchain, forming a Distributed Ledger. As all nodes have access to the same transactions in the same order, they all reach consensus on the state (the information saved) of the blockchain.

‍
Transactions are immutable, they cannot be modified once they have been added to a block, the only way to change the state -that is, to change the information stored in the blockchain- is by adding new transactions.

‍
Blockchains are based on a network of peers, where transactions and blocks are spread. This decentralized topology together with the structure of linked blocks makes it almost impossible for someone to alter the information stored in the blockchain after a certain time.

Most of the blockchains offer transparency on the operations since anybody can see and audit all the included transactions, and all the nodes verify that the transactions are validated independently.

How Does It Work?

Blockchain technology is what powers the digital currency space, and it contains all kinds of uses beyond cryptocurrencies as well.

‍
It is also a combination of various existing technologies, applied for different purposes and results.

Although in most blockchains the data is not encrypted, it does use an additional tool provided by asymmetric cryptography: the possibility of generating signatures.

The signatures are generated over data with a private key, and it allows anyone with the corresponding public key to verify that this data has not been modified. In Blockchain, the transactions are signed by the user, so the network can check who generated them and confirm they were not altered.

Blockchain technology acts as a broad network of individuals who can act as validators to transparent transactions. This process is certified by mathematical verification and it's used to secure the network. By combining the use of cryptographic keys with a distributed network, Blockchain allows for new and secure types of digital interactions.

Blockchain serves in recording transactions of any digital assets between two unknown parties. Security aspects supported by Blockchain are critical in ensuring confidentiality and transparency. Here are some of its benefits:

Smart contracts: They are a computer protocol created to verify or enforce the negotiation or performance of a contract. It's basically code running on top of a blockchain, containing a set of rules where the parties agree to interact with each other. If the rules are achieved, then the agreement is automatically executed. Because it's a decentralized system that exists between all permitted parties, there’s no need to pay intermediaries, saving time, money, and avoiding conflicts.

DApp: It’s a decentralized application that doesn’t require a central authority to function, it allows interaction between users and the blockchain directly.

Cryptocurrency: A fungible token that exists within a blockchain and can be used for any purpose. They can be bought, sold, and exchanged by any user on the blockchain, always in a secure way since each operation requires a digital signature. A clear advantage of cryptocurrencies is they can be exchanged globally in a few minutes, without intermediaries, borders, or risks.

If you're thinking about migrating to Blockchain technology to provide greater transparency and secure your information, feel free to drop us a line and we'll advise you at no cost.

‍
We develop customized products applying Blockchain technology for clients who want to adapt to the latest improvements in secure data management.

We can completely carry out your development or we can put together a dedicated team of engineers who will work exclusively for you, it's your choice.‍