What are Progressive Web Applications? (PWAs)

The World Wide Web was created decades ago to share static information, such as scientific papers and university articles. However, there's an increasing demand for dynamic content by users, which continuously and organically transformed the Web into the vast interconnected network of devices used for online interaction that we are used to nowadays. 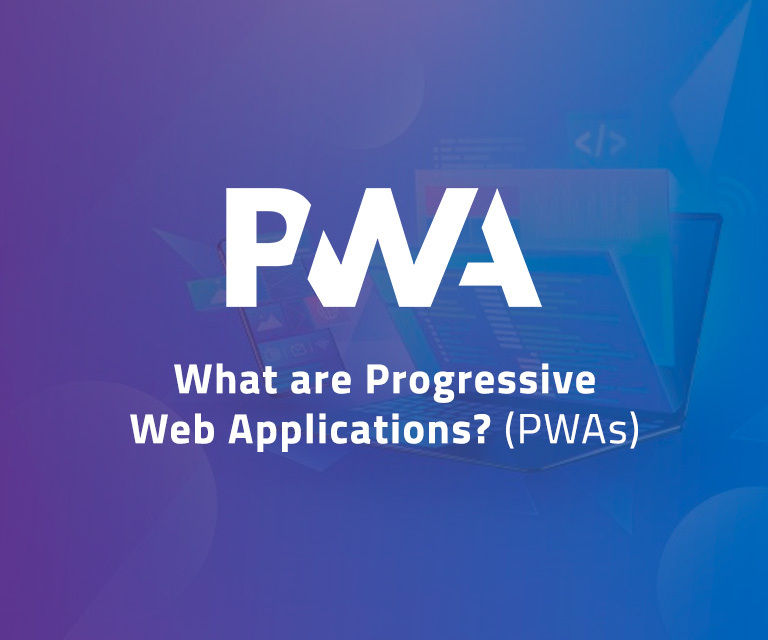 Browsers evolved into fully-featured software clients, capable of rendering online content and allowing instantaneous user experience. Progressive Web Applications, or PWAs, are one of the most recent steps in this evolution.

While there isn't an authoritative, concise definition of PWAs, the term applies to apps that can leverage modern features of browsers while still being functional for outdated clients, allow them to be installed, and are mostly network-independent.

This article will dive further into PWAs and why companies should consider adopting this app development paradigm.

The term "progressive" is used in PWAs to denote how their functionality can increment at predefined steps between legacy and newer web browsers. In other words, a PWA can run as a simple web app in an older browser while leveraging modern APIs in current browsers, such as service workers.

In a more general way, building a PWAs usually means the app at least runs securely over TLS, uses service workers, and provides a manifest for browsers to interpret. In practice, many other characteristics are associated with PWAs, which include:

Among the many other vital aspects of PWAs, three foundational features are worth mentioning.

PWAs that score higher on these three fields will achieve a near-native code user experience.

One of the most common reliability issues a mobile application faces is the loss of network connectivity. Traditional web pages cease to exist in the absence of a network connection. PWAs strive to be dependable and robust even in connectivity failures.

Nowadays, users expect their work to be preserved offline while using the app naturally. It is expected that PWAs solve data synchronization issues in the background while allowing the user to continue using the app.

If a user's action exclusively depends on network availability, it is good to let the user know instead of hanging or failing mysteriously.

Another aspect of reliability is speed. Several articles and studies correlate response speed with conversion rates. This article by Greg Linden about his experience at Amazon in 2006 was one of the first references to this issue. Back in 2006, web performance only considered page load.

Smoothness in animations, scrolling effects, and a clear indication of whether a user action was correctly registered or not are a must. Another e-commerce giant, eBay, made performance (precisely speed) a company-wide objective for 2019.

In this 2020 article, they share their successful experience in tackling speed issues that negatively affected user experience and how they increased the percentage of add-to-cart events.

A PWA can actively manage cached resources by using a service worker rather than the default passive approach of standard web apps.

A service worker can also perform prefetching of resources, which may enable PWAs to continue functioning even if network connectivity is lost.

Traditionally, features like geolocalization, push notifications, access to hardware devices, local persistence, among many others, were reserved for native apps (whether an executable program for a desktop computer or a mobile app downloaded from an app store).

Nowadays, web applications in general, and PWAs in particular, are capable of these features.

Recent versions of the most popular web browsers like Chrome, Firefox, and even Edge, re-written based on Chromium, enable next-level PWAs.

Once reserved only for highly advanced native programs, all these capabilities are available as linkable and installable applications through the Web.

Progressive Web Apps are installable, which means they become available through a Desktop or Home icon, much like any other native app or program.

Even though they run inside a browser, the user experience can happen in a standalone window. They integrate into the device application launcher completely.

PWAs can use their metadata to ask the OS to register them as handlers for specific content types.

This means the OS can launch a Progressive Web App to process a downloaded document or other types of user-provided data.

PWAs are described mainly by their technical attributes. However, their adoption by companies impacts their businesses dramatically.

Aspects such as distribution strategy, time-to-market, and user engagement, to name a few, can be significantly affected by the implementation and adoption of a PWA-centric strategy.

A new phenomenon called "App Fatigue" or "Application Installation Fatigue" consists of users not wanting to install new apps on their devices. Comscore estimated that the average number of apps installed per month by a user is close to zero.

Many theories explain this behavior, from user interfaces being perceived as "vintage" to users becoming more selective about the storage space in their devices, security and permissions concerns, and others. Regardless of the root cause, businesses are starting to look for ways to circumvent this phenomenon.

Native apps present considerable friction in distribution. Native apps have to be approved by the app stores, share their revenue, and keep up with the ever-changing store policies.

On the contrary, PWAs distribution is trivial; they are publically available websites that users can discover using search engines and share their URLs without restriction.

If a PWA rolls out an update, users can experience a newer version immediately.

There is no formal review process bottleneck by any app store.

Impact of PWAs on time-to-market

Moreover, some companies open their APIs using some form of open-source licensing and allow users and even other businesses to connect to their APIs to create new user experiences.

How PWAs can improve operational costs

Traditionally, a company would build a web application in the form of a standard website and one native app for each platform (namely Android and iOS).

The overall development cost of these products is higher than developing just one powerful PWAs.

This directly translates to a smaller bug fixing and maintenance budget. A PWA-centric strategy produces lifetime operational costs-savings when compared to building and maintaining several products for each platform.

Online businesses in general, and e-commerce and SaaS platforms in particular, usually consider a customer lifetime value or LTV. To improve LTV, having the ability to re-engage customers is crucial.

Traditional websites lack sufficient tools for re-engagement, but PWAs can resort to many native-like resources such as push notifications, OS integration, and others.

With these tools, PWAs are a better platform to implement an aggressive online marketing strategy that allows them to gain, regain and maintain customers along their lifecycle.

While not officially defined anywhere, the term "progressive" in Progressive Web Applications refers to responsive websites that can run in several device generations.

There are many typical PWA characteristics: their installability, responsiveness, and resiliency to network issues are the most relevant.

By leveraging these characteristics, PWAs are a more efficient way of building apps and a better business platform for improving customers' lifetime value while avoiding some of the pitfalls of traditional native apps development.

Also we wanted to state that Devlane keeps growing in the region and lately we've been named as one of the most relevant Laravel Developers in the world, you can check it out at TopDevelopers

If your business is considering switching from traditional Web and native app development to PWA, or anything related to Mobile & Web development, drop us a line!