What are NFT Games? Different Types and Pitfalls

The concept of "blockchain" first appeared in 2008, created by a developer behind the alias "Satoshi Nakamoto". In short, a blockchain is a type of distributed append-only database. The first application of a blockchain was the creation of the Bitcoin cryptocurrency. 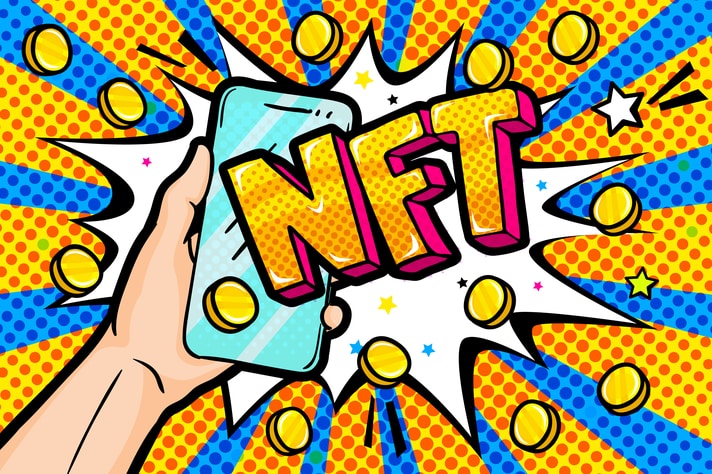 After almost 15 years, blockchains have evolved beyond the cryptocurrency world. Ethereum, in particular, is an extremely popular open-source blockchain that allows running what is called a "Smart Contract" (think about them as a business rule that automatically executes if conditions in the blockchain are met). Leveraging the power of Smart Contracts, developers began creating different forms of digital assets.

This article will focus on a particular type of digital asset: the Non-fungible Token (NFT), and how NFTs enrich the worldwide gaming scenario.

What are Non-Fungible Tokens (NFTs)?

To define what an NFT is, it is convenient to explain the concept of "fungibility." A token is "fungible" when a particular instance is indistinguishable in identity and value from others. For example, if two people have 1 Bitcoin each, it doesn't matter "which" Bitcoin they have in terms of value and authenticity. Both Bitcoins are worth 1 BTC (roughly 28k USD at the time of writing), and they could be swapped identically.

On the contrary, a token is considered "non-fungible" when it is unique, and it cannot be swapped identically for another token of the same identity and value. One of the most common examples that helps understanding the fungibility concept is the art domain; anyone can buy a print of the Mona Lisa, but there is only one original painting currently located in the Louvre.

NFTs attempt to solve the ownership issue in the digital world, where anyone could "copy and paste" virtually anything. While this continues to be accurate, NFTs act as a "certificate of authenticity" of the digital asset in question. Only one user will hold the certificate at a given time.

Why are NFTs used in video games?

Video games usually offer different types of items that a player can collect. It could be armor parts in a fighting or adventure game, a nice skin for a character, or an achievement trophy. NFTs can represent anything in-game with unique characteristics, including the player character. A video game where NFTs play a relevant role in representing items or other in-game assets is usually called an "NFT Game."

Unlike cryptocurrency tokens (usually bought and held in a wallet), users in an NFT game will become in contact with NFTs when interacting with other players, the environment, or when advancing in the game. Regardless of the particulars of the digital asset, a player that gets an NFT will hold the certified token and a link to a public blockchain that proves the authenticity and connection to the said asset.

This type of game rewards users based on how long they have been playing. Typically, play-to-earn games look to engage players continuously, and regularly. Users may be rewarded with both fungible and non-fungible tokens. A typical use of NFTs in a game with play-to-earn dynamics is item crafting; users play until they get a token that will allow them to craft a particular item to move forward in the game.

Given the unique nature of NFTs, they are often dropped to users based on chance, while regular (non-fungible) tokens are used to reward users that steadily play the game. Fungible tokens offered in this way are typically popular in low-income regions, where users attempt to boost their income by playing this type of game.

Usually, in-game tokens are collectible items that users can trade whether on in-game experiences like interacting with NPCs (non-playable characters) or outside the game in online marketplaces. The value of a particular item is usually determined by attributes like cosmetic appearance or how useful it is inside the game (think about a sword with more damage points or armor that gives the user invisibility).

As the video game industry and blockchain continue to intersect, newer NFT games offer a mix of earning and finding tokens in various ways.

Economics of an NFT game

Each NFT game offers a different way of earning or finding tokens. In turn, tokens can be traded or converted to cryptocurrency in online exchanges (which usually provide a path to convert them to fiat money - like USD). NFT games leverage the disruptive economic attributes of blockchain to add revenue generation models to both game developers and players.

In particular, an NFT value will depend on how many other users appreciate it, very much like a piece of art. Its value could vary significantly with time. Financial speculation could also play a role in this type of game.

As with any economic transaction, users can both win and lose money. For example, an NFT could be dramatically appreciated by a particular game community. Still, that community could decline over the years, and the same NFT value could become zero (nobody appreciates it anymore). Market forces play the same role in NFT games as in cryptocurrency exchanges, the stock market, and any free market scenario where prices are formed by supply and demand.

Note that losing money does not imply users are being scammed, although, as with any disruptive technology that users don't fully comprehend, this is also a possibility. Users should research who the game developers are and, if possible, read the token(s) corresponding whitepaper. It is also advisable to check whether earned tokens are traded in public exchanges or if they are traded only in a P2P fashion (directly between users by using DeFi-like solutions). Typically, if a user can sell a token in a recognized online marketplace or exchange, it will have better liquidity.

NFTs are a form of cryptographic token, and that means users have to help them secure by adopting best practices and using the correct software (whether online or offline) to handle them.

As with any disruptive technology, the less tech-savvy users have a common fear of losing their tokens while trying to use them to interact with the blockchain (inside or outside an NFT game). Users must know that it is possible to lose a token forever if not properly handled.

Common pitfalls that could lead to losing a token could be:

Another common way of losing an NFT is by losing the game the user is playing. Specific game rules of the NFT game could cause a user to rightfully lose tokens (for example, a token could represent an in-game item that is consumable, like a potion or an armor that wears out in battle.

The future of NFT games

NFTs offers an exciting new way of generating revenue for the video game industry. As more game developers, both independent and large corporations, add NFT and blockchain interactions to their games, the gaming experience will continue to grow in and outside the game universe.

Non-fungible tokens also pose interesting intellectual property challenges. While a user can obtain an NFT in-game, after acquiring it, the user would be the rightful owner of that item, and both the user and the original developers could gain money when this item is transacted in a free market.

Blockchain principles, in general, most certainly will continue to affect the video game industry. More likely than not, the world will see a new era of gaming and entertainment.

Blockchain technology was created specifically for the Bitcoin use case, that is, to support the creation of a new type of currency in the form of cryptographic tokens. However, after 15 years of evolution, the abstract concept of blockchain as a distributed append-only ledger gave birth to many new applications. NFTs are among the newest ones.

Tokens can be fungible (indistinguishable, 1 BTC equals another) or non-fungible (unique). Non-fungible tokens, or NFTs, given their uniqueness, became helpful in modeling different use cases in the digital world, and this includes representing the certificate of authenticity of in-game digital assets.

NFT games give the user the possibility, by chance or by skill, to acquire Non-fungible Tokens. Familiar game mechanics to get NFTs include continuously playing a game to earn tokens and finding in-game items.

As with any asset with an economic value, the prices of NFTs are determined by market forces. And as usually happens when directly or indirectly there is money involved, there are also common pitfalls that could cause users to lose their money. Users should adhere to best practices when handling and transacting their NFTs.

Most probably, NFTs and blockchain, in general, will continue to disrupt the gaming industry. Although most possibilities still lie in the future, there are strong indicators that the best in the NFT gaming world is yet to come.

We are experts in blockchain development, so, if you just happen to be thinking about building a product around this wondrous world, drop us a line! We can advise you at zero cost.