Outsourcing is about finding a strategic partner for your business that will merge with your company in the day-to-day operations efficiently and cost-effectively. In an ever-smaller world, your company can find an outsourcing partner almost anywhere in the world. 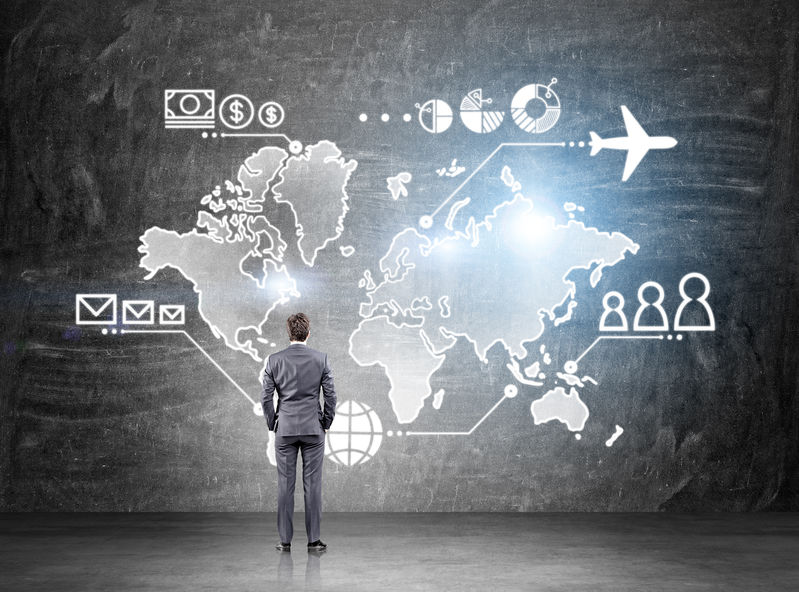 Your company can find an outsourcing partner almost anywhere in the world. However, geographic distances aside, every world region has its characteristics when providing value-added services, offshore or nearshore.

This article will discuss the top world regions for outsourcing and what to look for when hiring the best fit for your business.

Firms in Western Europe especially favor outsourcing companies in Eastern Europe because of their proximity and strong programming skills.

Clients in the US often choose eastern European outsourcing partners due to their Western mindset and high level of English.

Poland, Romania, and Ukraine are among the main outsourcing destinations in this region.

Ukraine provides an excellent price to quality ratio, combining a big talent pool of experienced developers with substantially lower prices than Western Europe and the US.

Ukraine, Poland, Romania, and Belarus have positioned themselves as countries with reliable software development resources in recent years.

Software engineers in Eastern Europe quickly master and apply new skills and technologies in their works.

Also, the region hosts a massive talent pool of more than 1 million IT professionals, including senior developers in Java, Python, and other mainstream development languages.

Outsourcing software development to Eastern Europe is a beneficial decision: you receive a high-quality product for a lower price than the average rates in Western European countries.

However, this does not come without its risks and cons.

Not all countries in the region abide by GDPR. Ukraine, for example, has GDPR-like regulations on its national laws but lacks some essential GDRP concepts.

Obscure taxation, high rotation of assigned team members, and a lack of flexibility are other possible cons and risks that you should look out for when choosing a partner in Eastern Europe.

Outsourcing in Southeast Asia has traditionally been a way for companies to save costs by sending business processes overseas.

The global market outsourcing boom has dramatically impacted the economies of Southeast Asian countries like The Philippines.

While China and India have traditionally dominated in outsourcing, Southeast Asian countries such as the Philippines, Indonesia, and Vietnam have been experiencing a steady growth in outsourcing services.

A powerful signal of a promising and robust economy in Southeast Asia is the rise of the region's middle class. It is estimated that over 50 million new consumers will join the middle class in Indonesia, Malaysia, the Philippines, Thailand, and Vietnam by 2022, expanding this class to over 350 million people.

These factors create a significant opportunity to expand your business strategy by outsourcing to Southeast Asia.

The region has a robust telecommunications infrastructure. The Philippines alone hosts more than 80% of the call centers in Southeast Asia.

This region presents an excellent strategic opportunity for getting work done efficiently at reduced costs due to the lower cost of living.

Outsourcing to Southeast Asia can save companies as much as 60% labor costs.

Despite the cost benefits, and depending on the country, there could be significant drawbacks in outsourcing to Southeast Asia from US and Western companies in general.

Cultural gaps and timezone differences can become a deal-breaker when considering a distributed outsourcing strategy.

Due to its astonishing numbers, China deserves a separate mention from the rest of Asia. The country produces more than 4 million new IT graduates every year.

Chinese developers are often recognized as some of the best in the world, distributed among the more than 35,000 IT firms the country hosts.

One of the biggest reasons for outsourcing to China is its developing IT hubs, with main cities being Shanghai, Beijing, Hong Kong, and Shenzhen.

Despite the critical benefits of outsourcing to China, less than 10% of its population is fluent in English.

This is a significant drawback when thinking about assembling a globally distributed team.

Some global firms outsource to China to implement a geographically-distributed risk strategy. This may not be the case for small or middle-sized businesses.

In North Africa, Egypt's situation is similar to Nigeria's, having a vast talent pool at affordable salary levels.

Africa poses an attractive non-traditional option for most western businesses. African developers have good fluency in English for the southern countries and French for the North African region.

However, the cost and availability of software developers vary significantly from one country to another.

While South Africa has a larger talent pool, it is not as competitive as North Africa. In some cases, it may even be less competitive in pricing than Eastern Europe or Southeast Asia.

The region has significant advantages for US-based companies over their European and Asian counterparts.

Countries like Argentina, Uruguay, Brazil, Colombia, and Mexico have become attractive destinations for anyone looking for highly skilled engineering professionals.

These countries host some of the most thriving software development companies globally. Argentina, Brazil, and Mexico are home to more than 30 unicorns alone.

Companies in Latin America have impressive portfolios that include some of the biggest names in the market and cover a wide range of projects, from e-commerce and mobile applications to AI-based algorithms, Fintech products, and software for the Internet of Things (IoT).

There are countless software development companies in Latin America to outsource your project. The resulting partnership between US-based and Latin American companies can significantly benefit US businesses.

Latin America has developed an excellent outsourcing infrastructure during the last two decades. While it may not offer rates as low as Eastern Europe and Asia, professionals in the region are far more cost-effective to hire than American software developers.

Another critical success factor is that Latin American offers an exceptional timezone, culture, and language fit for US companies.

Argentina, Uruguay, Colombia, and Mexico have some of the highest professional English proficiencies globally.

Latin American countries share plenty of similarities with the United States' culture. While Spanish and Portuguese are the native languages of this region, English is the third most spoken language.

Latin America has time zones that are very similar to the US. Buenos Aires (Argentina) and Montevideo (Uruguay) are roughly 5,300 miles from the United States but only two hours ahead of New York City timezone.

Regarding privacy, data security, and intellectual property, countries with the biggest GDP in the region have passed up-to-date laws and regulations.

The software development outsourcing industry is booming globally. There are great options such as Eastern Europe, Southeast Asia, China, Africa, and Latin America.

Latin America emerges as the best choice for US-based and Western Europe companies, combining competitive rates with a large pool of top-tier software developers and an exceptional time zone, cultural and language fit.

Are you planning your software development outsourcing strategy? Consider Latin America and drop us a line!