It is safe to say Artificial Intelligence (AI) is not an innovation in 2022, its origin dates way back in time. We have witnessed and gotten used to this technology area, which is improving daily. 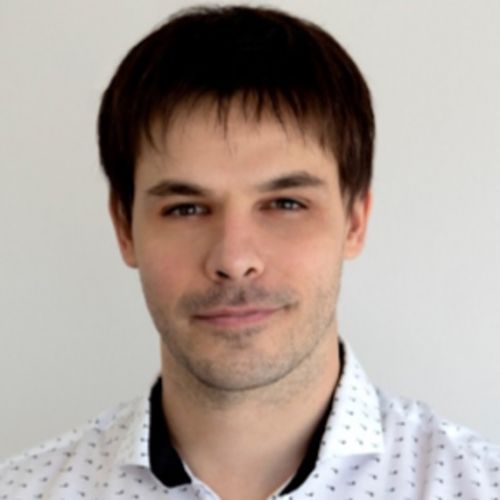 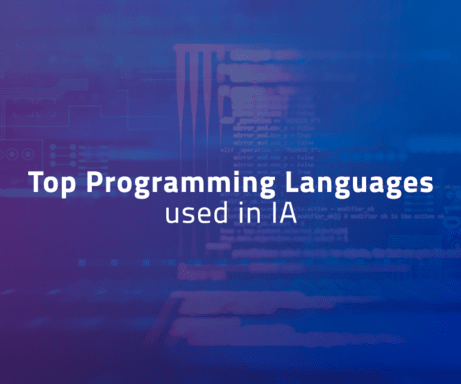 Artificial intelligence adoption has incremented dramatically over the past 18 months, and many organizations across various industries have reported projects to expand their AI strategies this year.

AI can optimize not only operational processes but also create innovative business models, products, and services—which is why most business leaders feel optimistic about the future impacts of AI.

This digital trend has sparked a growing demand for AI-related hiring, which increased by 165% between 2020 and 2021.

While many programming languages will get the work done, it's essential to identify which will suit your project.

What are the top ten Programming Languages for AI?

Artificial intelligence is a field of diverse solutions for multiple applications, the choice of a particular AI programming language will be dictated by the project's scope and requirements.

For example, if the project involves extensive data analysis, R is a great option designed to crunch big numbers quickly.

However, it is not suited for deploying machine learning models in production, where Python would be a better pick for that task.

Each programming language brings unique features and strengths to the table regarding artificial intelligence programming.

Some are great for natural language processing, while others are explicitly designed to run numerical analyses.

Java is one of the top languages in the industry; this language has proven its ability to adapt to the latest innovations and technological advancements, which holds for AI as well.

Thanks to its robust, object-oriented programming language with simple syntax and easy debugging, Java has established itself as a go-to language for mobile apps that rely heavily on artificial intelligence.

Java's Virtual Machine Technology allows developers to build a unique version of an application that can run on multiple Java-based platforms while also working on the GUI and user experience, making them more appealing with the Standard Widget Toolkit.

Java is supported by many machine learning libraries like Weka, which is used for predictive modeling, and Massive Online Analysis, an open-source data mining solution.

Another one on the list is Python, which offers the least coding. Python is a general-purpose language with many applications, from backend development to data science and machine learning.

Python's intuitive syntax strives for readability, streamlining coding, and making the language easier to learn, making it an optimal choice for both new and experienced machine learning engineers and data scientists.

Thanks to its abundant variety of pre-designed libraries that optimize the AI development process, Python has proved itself as one of the most popular AI programming languages.

At the same time, Python is suitable for development teams and data scientists without a solid coding background.

The AI capabilities of JavaScript allow it to interface and work seamlessly with resources coded in HTML and CSS.

JavaScript also boasts the support of a large community of developers and specialists, with libraries like jQuery, React.js, and Underscore.js that help AI implementations become more effective.

This relatively new dynamic programming language, developed by MIT in 2012, is focused on numerical analysis and computational science. Its popularity is on the rise, thanks partly to its performance, robust computational capacity, and script-like syntax.

An ever-growing support community has blossomed around the language alongside many machine learning dedicated libraries like TensorFlow.jl, and Scikit Learn.jl, Mocha.jl, Flux, and more.

If your project requires a dynamic interface, modern graphics, and data visualizations, Julia provides teams with the ideal tools for perfect execution.

Julia excels at seamlessly translating algorithms from research papers into code, which enables machine learning engineers to estimate and deploy a model in production using the same language.

Developed in the 1960s, Lisp is one of the oldest players in the AI development game, as it excels at efficient modification of code, problem-solving, rapid prototyping, and dynamic development. Some industry-standard successful projects built with Lisp are Routinic, Grammarly, and DART.

Despite its drawbacks, Lisp is still an established programming language for AI development.

LISP excels in contexts that involve computing symbols and symbolic expressions thanks to its ability to process symbolic information. Other popular programming languages have adopted many of LISP's powerful features, like Python's list comprehensions and LINQ in C#.

Diverse industries, like education, finance, telecommunication, pharmaceuticals, life sciences, and more, have adopted it, partly for being the language that supports tech giants like Microsoft, Google, Facebook, Uber, Airbnb, etc.

At the same time, it's different from the industry standard for deploying machine learning models in production environments, but R is an excellent tool for exploratory work in model selection.

Prolog, short for Programming in Logic, was developed in 1972 in a rule-like form. Its primary usage is in projects that involve computational linguistics and artificial intelligence, especially those built on architecture, including symbolic reasoning, databases, and natural language processing, making it the perfect language support for research regarding artificial intelligence.

The core of Prolog's expression lies in relationships known as rules, which the interpreter queries in a database to solve a problem. Once the user provides the rules and the desired solution, Prolog solves the rest.

Scala executes on the Java Virtual Machine (JVM) environment. It is compatible with Java and JS and offers many robust features like pattern matching, browser tools, flexible interfaces, and high-performing functions.

Scala is one of the best options for AI development, and it has impressed developers in that area.

This general-purpose language, which debuted in 2004 as an alternative to Java, supports object-oriented and functional programming.

Every company looks for high-performance, fast, and safe software development, making Rust an ideal option, as it is a general-purpose programming language teams love using for AI development.

With a syntax similar to C++, Rust boasts the addition of memory safety and garbage collection prevention.

One of Haskell's strengths is code reusability, which comes in handy for developers, along with type system, memory management, and support for embedded, domain-specific languages vital to AI research.

Haskell has found a niche in academia, with tech behemoths like Microsoft and Facebook employing Haskell to build frameworks that manipulate schematized data and fight malware.

Haskell allows users to code highly expressive algorithms without sacrificing performance, and the language is ideal for projects that involve abstract math and probabilistic programming.

With Haskell, users can represent a model with just a handful of code and read the lines they've written like mathematical equations.

In this way, Haskell can aptly convey the complexity of a deep learning model with clean code that resembles the model's actual mathematics.

One way to tackle the decision is by looking at the popular apps already on the market. What do these applications do?

How do their essential or interactive functions work, and what programming languages do they use?

This information can help teams choose the correct programming language and framework for their projects.

Ready to get started in AI development in 2023? Contact us!