Software testing is a crucial discipline in the broader subject of Software Engineering. It is the systematic process of finding errors during software product development. Surprisingly, software testing is often overlooked, especially in startups, but sometimes in big companies. 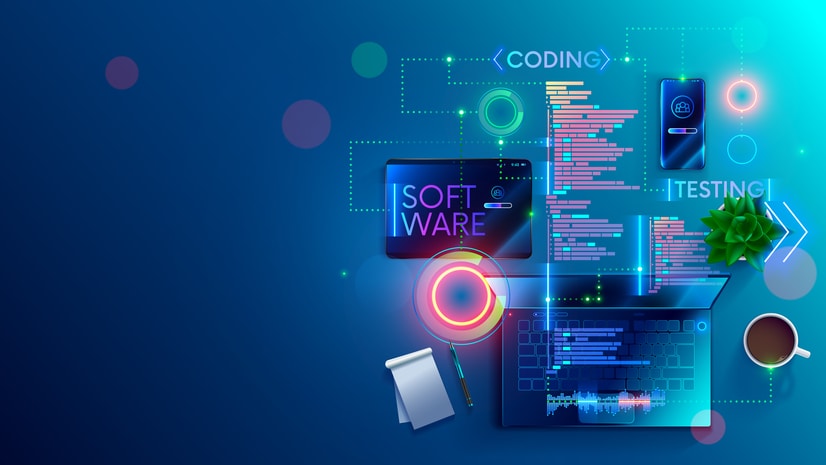 Testing is not only about finding bugs. It also helps diagnose gaps in requirements, discover new insights about the user experience and even detect security vulnerabilities. Software testers, or QA Engineers, use both manual and automated types of Testing to ensure the best possible testing coverage. Usually, test results are reported back to the development team in an automated way so defects can be corrected in the next development cycle.

Software testing is a critical activity in delivering high-quality products to clients. This article will summarize the essential points about Software Testing and why it is necessary.

Organizations that develop software use it to add value to their customers, when the software malfunctions, this value-added chain gets compromised.

Software defects can have different severities. Commonly referred to as a "bug," a flaw could be as trivial as a typo in a text or as critical as sensitive information disclosure.

A correctly implemented Software Testing strategy helps companies mitigate the risks above and obtain benefits in the following areas, to name a few:

After decades of Software Testing practice, the industry has produced many different testing paradigms, frameworks, and methodologies.

Software Testing can be categorized by various criteria; manual or automated, black or white box, functional or non-functional.

As the name suggests, a "functional" test focuses on how the software functions, usually but not exclusively from an end-user standpoint.

In turn, there are several subtypes of functional tests. These are among the most popular ones:

One of the most famous types of non-functional tests is "stress-testing." The system is tested beyond regular parameters in a Stress Test to find its current limit.

The terms white and black box refer to the amount of information a test has about its testing system. In a black-box test, nothing is assumed about the system under test. Aspects such as source code and internal structure are ignored.

Usually, black Testing is used to simulate the behavior of a potential user, but this is not to be confused with User Acceptance tests (where users could be, in fact, experts).

On the contrary, in white-box Testing, the internals of the software are under scrutiny. Source code can be audited with a code quality tool like Sonarqube, or security vulnerabilities could be detected by npm, to name a few.

This type of test can help improve code quality and adherence to best practices.

As part of Software Engineering, Software Testing is usually organized as a succession of well-defined tasks.

While this can vary according to the general software development framework adopted by a team (Scrum, Kanban, Waterfall, etc.), it is helpful to keep in mind that critical aspects of software testing should be present in each project.

To write or execute practical tests, it is advisable to gather the required information about the target to be tested (whether it is a unit, a non-functional aspect, or a complete regression).

Correct planning will help execute tests that are useful for the business.

Depending on the project's scope, architecture, and infrastructure, different testing environments should be set up. It could be anything from a production replica on the cloud to a tester running individual docker containers in their machines.

The important thing in the setup phase is to gather all resources and tools to ensure the execution phase will run as smoothly as possible.

This phase should include decisions about integrating test execution with the available CI/CD pipeline, if available.

After gathering all required information in the planning phase and setting up necessary environments in the setup phase, professional software testers will now build the needed test cases.

If tests are automated, they will code them in the required scripting tool. If tests are manual, they will be designed and documented so any testing team member can adequately run them and report the results.

After planning, setup, and construction, it is time to run the tests. Test Cases are executed, and results are gathered for the next phase.

Test execution usually takes assertions about the expected behavior than the actual output when presented with a defined, well-known input.

The last phase of a software testing pipeline is to gather all test results from the previous step, build reports and publish them to the rest of the team in an appropriate tool.

Developers should be able to easily access test execution information to improve the code as quickly as possible. If a CI/CD automated tool is in use, there should be a step where test reports are made public to the rest of the team.

A note on Agile Methodologies and Software Testing

In the Agile approach (Scrum and Kanban being the most popular), Testing is not a phase that happens "after development." In Agile, the software is developed in cycles called "iterations," Usually, testing is a vital part of each iteration.

Agile methodologies help shorten development cycles, but this should not translate into less Testing.

On the contrary, the correct amount of different types of tests conducted as soon as the first iteration helps lower the overall development cost of almost any given project.

Software Companies that adopt different testing environments should be set up depending on the project's scope, architecture, and infrastructure.

In this scenario, Software Testing becomes crucial in achieving short-term goals while maintaining the necessary software quality required for the long term.

While not mandatory, an Agile environment usually benefits from automated tools. In these scenarios, software testing should strive to automate as much of their work as possible while maintaining manual operations where human critical thinking is most needed.

Software testing is a crucial aspect of Software Engineering. It consists of the practice of detecting and reporting software defects. Testing is critical in delivering high-quality products to customers that are also secure, scalable, and robust.

Software Tests can be classified using different criteria. A test could be functional or non-functional, white or black-box, automated or manual.

As with any part of Software Engineering, Software Testing is also organized as well-defined activities that include Planning, Design, Environment setup, CI/CD integration, and Reporting.

At Devlane, we host an expert Software Development practice. Does your team need different testing environments that should be set up depending on the project's scope, architecture, and infrastructure to help set up an Agile Software Testing strategy? Contact us here.