Next.JS vs Ruby on Rails: Differences, Pros and Cons

Learn about the main differences, pros and cons of next.js and Ruby on Rails in this article. 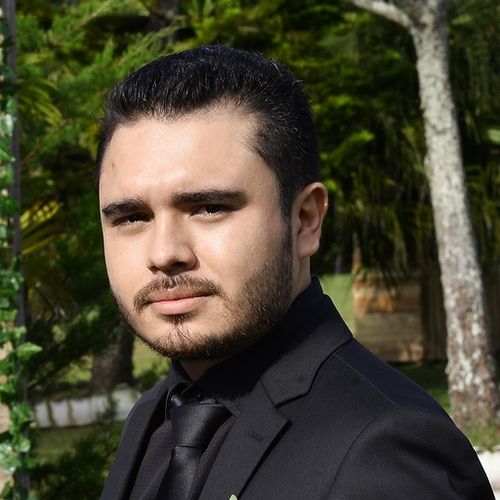 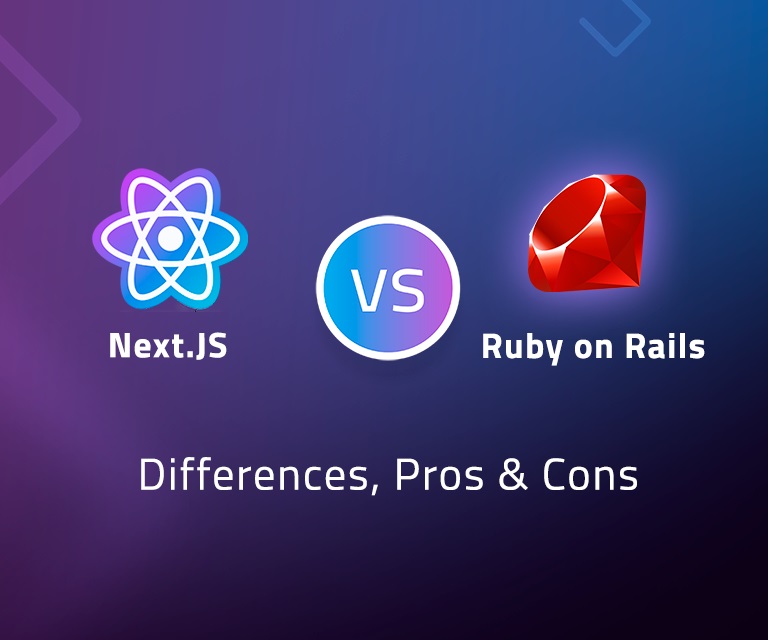 Next.js is a JavaScript framework that allows you to create lightning-fast and incredibly user-friendly static web pages and web applications using React. You may use Next.js to build both.

Because of Automatic Static Optimization, “static” and “dynamic” have merged into a single concept.

Because of this functionality, Next.js can be used to create hybrid apps, including both pages rendered on the server and those produced statically.

To put it another way, statically created pages are nevertheless reactive: Next. Your client-side application will gain complete interactivity thanks to js’s hydrating ability.

What is Ruby on Rails

Ruby is an object-oriented programming (OOP) language comparable to Perl and Python. Ruby on Rails is an open-source framework for developing websites in Ruby. It is also known as “RoR” or “Rails” in some circles.

The speed and ease of use of developers working inside the Ruby on Rails environment experience stand out as the primary differentiating factor between Ruby on Rails and other frameworks for software development.

Any alterations made to applications are implemented immediately, eliminating the time-consuming procedures typically linked with the process of developing websites.

An expert in Java named David Geary claims that the Ruby-based framework is anywhere from five to ten times faster than comparable frameworks built on Java.

On most Web servers that accept CGI, Rails can be used. In addition, the framework works with Oracle, DB2, SQL Server, SQLite, MySQL, PostgreSQL, and PostgreSQL.

As an MVC (model, view, controller) framework, Rails offers all three layers, eliminating the need for different frameworks to give full MVC support.

Ruby On Rails was created as an open-source project and is now distributed through rubyonrails.org. David Heinemeier Hanss is the inventor of this technology.

What are the differences? Is NextJs the new Ruby

Client and server sides of the whole package, which includes an HTTP server and a templating engine, share the same language, making it easier to deploy, provide support, and monitor, for faster page loading in high-demand markets. Its foundational libraries are potent.

It is not appropriate for demanding processor operations. Because unstable APIs do not have a standard library, most scripts will have a JavaScript problem. Despite its complexity, the Asynchronous Programming Model is now more important than ever.

Startups frequently choose Ruby on Rails due to both its advantages and disadvantages. The benefits/benefits of using Rails are as follows:

It is cost-efficient since you typically spend less, accessible to code, including when reworking codes.

It provides quick delivery from the first idea to the users, saving time and money, and is appropriate for all businesses.

There's a positive side and a negative side. A discussion of Ruby on Rails' advantages and disadvantages would be unjust. Compared to other languages, the runtime speed of Rails is extremely slow.

Its Performance difficulties are caused by multithreading and take longer to complete. When your domain and persistence mechanism are tightly integrated, Active Record.

The main difference between Node JS and Rails is as follows

It's like comparing a mango and guava to compare Node.JS to Rails. Ruby on Rails is a framework, whereas Node.js provides an environment for creating server-side applications that supports Javascript.

Node.JS: Even though Node.js is highly adaptable and is capable of many jobs straight out of the box, you will still need to write some code and install specific modules.

Ruby on Rails: Unlike other frameworks, Ruby on Rails requires you to use its features immediately. To be considered, your application must adhere to strict guidelines.

Node.JS: You are only given a fresh install of Node.js.

Ruby on Rails: However, Rails provides you with a lot more than a clean setup; it even comes with generators.

Node.JS: Working with Node.js takes additional time because you must manually identify the modules and follow the integration instructions.

Ruby on Rails: Ruby on Rails gives the impression of being quicker because specific processes, such as database migration, can be finished with minimal commands.

Node.JS: Compared to Rails, the learning curve is somewhat less steep. Developers of any experience can use it because it is adaptable and easy to understand.

Ruby on Rails: Although learning Rails is simple, you may need to be familiar with and understand some vital and time-consuming elements, such as objects, classes, and Ruby-level functions.

Node.JS: Depending on the market, finding Node.js developers, for example, is very simple in the United States, while it may be more difficult in various parts of Europe.

Ruby on Rails: Finding competent Ruby on Rails programmers can be challenging. The market determines which popular technologies, yet it can take time to locate a skilled developer.

Node.JS: The cost is typically higher because it takes longer to construct an application using this framework.

Ruby on Rails: On the other hand, you typically pay less because Rails speed up the development of your product.

In conclusion, selecting a tech stack for a startup is more complex.

Startups must think about their business strategy and consider the advantages and disadvantages of both technologies before choosing one based on personal preference.

Ruby on Rails is the best option to take when you need to move swiftly, yet, both Node JS and Rails can assist you in achieving the same objectives.

The execution is more crucial than the language or framework when creating an application. Start by evaluating the pros and cons of both features.