Mobile Development and their Languages

The ever-growing use of mobile devices has led to an increasing demand for mobile applications, and with it, the emergence of various programming languages and frameworks for mobile development. From native languages like Swift and Java to cross-platform options like React Native and Flutter, the choices can be overwhelming. In this article, we will take a closer look at the different languages and technologies used in mobile development, their pros and cons, and how they can be used to create efficient and user-friendly mobile applications 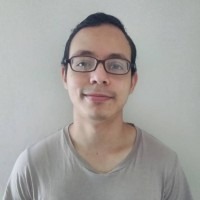 What is mobile development?

It covers all the processes of creating and launching a mobile application; it refers to the coding and implementation of the application.

Mobile app development is the set of processes involved in writing software for small, wireless computing devices such as smartphones and other portable devices.

Today, the two most prominent mobile platforms are Apple's iOS and Google's Android. Apple phones and tablets come preloaded with essential apps, including a full web browser and the Apple App Store.

To develop an app, you must determine what type of app you want to create. Next, we have the kinds of mobile application development technologies.

Apps specific to a particular device or platform, such as Android or iOS, are called native apps, and these run directly on the device's operating system.

These are web apps that act like native apps. They are developed using HTML, JavaScript, and Cascading Style Sheets (CSS) technologies. They are more cost-effective to develop than native apps and can be built faster.

How are mobile applications created?

1. Idea: The development team should work with other departments and stakeholders to establish the requirements of the potential application. This includes all the features and capabilities the application will need to have, the intended audience, and the specific problems it will need to solve.

2. Design: With the idea of ​​the application firmly established, the next step is to design the user interface and the user experience for the application.

3. Development: The development stage is where the actual coding begins. The development teams program the application and adhere to the established guidelines, and preliminary testing is initiated to ensure proper functionality.

4. Testing: As the application nears completion, more extensive testing should be done. This testing stage helps determine if the app works or bugs must be fixed and considers the overall quality and user experience.

5. Release: With final testing completed and the app determined to meet the set standards, it is ready to go live.

It was developed by Meta open source to create hybrid applications which combine HTML5, CSS, and Javascript.

It has access to Android APIs, so the user experience and performance are similar to that of a native application.

Another of its advantages is the ease of seeing the changes with just saving. Thanks to JavaScript, React Native allows you to iterate quickly without waiting for native builds to finish.

It is open source to create Android and iOS applications with Angular, Vue.js, TypeScript, or JavaScript. The main advantage of this programming environment is the native performance.

You only need to define it once, and NativeScript will adapt to run everywhere, adapting the UI to specific devices and screens.

Another of its plus points is its scalability. You will have access to the Android APIs, but you can reuse the Android SDK and find free plugins or templates in the NativeScript marketplace.

Developed by Microsoft and allows you to create Android applications in C#. It is free and integrated into Visual Studio.

Despite not being developed for Android in Java, Xamarin allows you to create a native application that ensures a good user experience, something essential for any app.

Also, if you need to develop a cross-platform application, you can do it with Xamarin.

It is a Google SDK designed to create Android and iOS mobile, web, and desktop applications from a single code base.

Its programming language is Dart and is characterized by the fact that it makes rapid development possible thanks to the Hot Reload functionality.

With it, changes can be made without stopping and starting the application, making programming more effective as waiting is reduced.

It is a powerful cross-platform game engine that can be used for 3D and 2D game development or even non-game-related application creation.

Unity 3D is the most popular platform among professional game developers on the Google Play Store, allowing businesses to create exciting apps for users.

It is developed to create games. It has a rich set of tools and allows you to create games for Windows, Mac, Linux, Android, iOS, HTML5, Xbox, PlayStation, and Nintendo Switch.

It is the easiest and fastest way to make and export a game to any platform, and it even includes limited features for 3D game development.

It's a collection of tools to quickly generate assets like launcher icons and animated vector drawable for your Android app. It's the easiest way to create your asset resources for tools like:

Is a statically typed language that runs on the Java virtual machine. However, building Android apps with Kotlin has the advantage of simplicity. In Kotlin, you can do more with less code, which reduces the chance of errors.

Another advantage of Kotlin is that it is much more secure than Java, and the code is easier to understand when read by someone else.

In addition, the compiler helps detect errors in the compilation, which helps to reduce possible errors.

With Kotlin, you will be able to program on Android but also for iOS since it is multiplatform.

If you think of a programming language for mobile applications, think of Java. Android was designed with this language.

Open-source Java is characterized by its speed, ease of use, and extensive resources, and Java is an excellent programming language for mobile apps and custom software creation.

Mobile applications with Python stand out for their code. Python makes the work of programmers or computer engineers easier since fewer lines of code are used than in the case of Java, for example.

If we want to use this language to make apps; you need to use Kivy or a cross-platform app development kit that uses Python.

It is a multi-paradigm, strongly typed, and open-source language created by Apple to program applications for their operating systems.

In recent years, it has gradually replaced Objective-c, becoming the native language of iOS, macOS, and all the software in this technological family. It is enough to master Swift as a programming language for Apple.

It is a scripting language that allows you to create dynamically updated content, control multimedia, animate images, and almost everything else.

JavaScript is primarily classified as a scripting or interpreted language, and JavaScript code is cracked and directly translated into underlying machine language code by a JavaScript engine.

It was the standard language for developing Apple's macOS and iOS operating systems. This programming language is mainly used in the development of iOS applications.

Object-oriented. The object-oriented programming paradigm is the most famous in the world of programming, and it helps developers implement solutions to problems in real-time.

Code is more structured and easier to read when object-oriented, and code reuse increases with the use of classes and object orientation.

The use of smartphones is essential in all areas of life.

This leads to greater use of applications that make our lives easier. More than half of all Internet traffic comes from smartphones, tablets, and other wireless devices.

For this reason, mobile development is now in demand by many companies and developers.

In modern computing, the protagonists are mobile devices, and the fact is that, currently, most computing tasks are carried out through them.

There are many ways to program mobile applications. We can use native programming languages ​​to create all kinds of apps, resort to web languages, and use programs that allow us to develop apps without knowing how to program.

We can even use 3D engines like Unity to create games. It all depends on the type of app we will make and to whom it will be directed.

For this reason, it is essential to know other programming languages ​​beyond which allow you to develop apps for both Android and iOS.