The world of technology is advancing and evolving with each passing day, and our lives are becoming confined to digital assets. We are almost always glued to our devices, and are making the most critical decisions of our lives and businesses over the internet, or with the help of mobile apps. 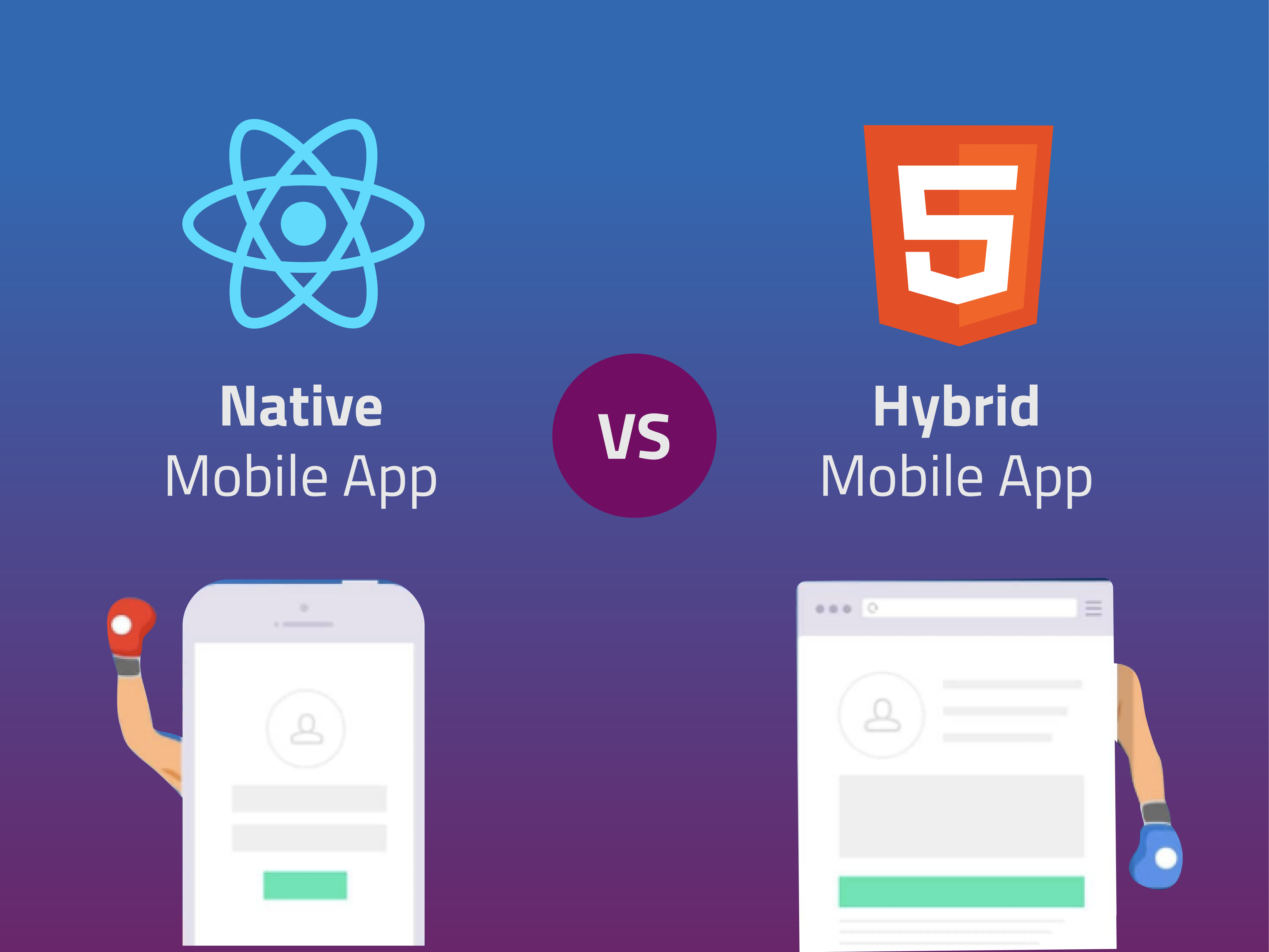 It becomes an appalling task for businesses to combat in the competitive digital landscape as a plethora of apps are constantly piling up on the Play Store and App Store and have limited exposure, resources, and budget.

While developing a mobile app, it becomes very tricky to understand which architecture to choose for the client application. To build a single application that works across all formats? To build a native app or a hybrid app?

These are some tough questions, which doesn’t have a definitive answer. Although there are some key points that you should consider before starting to develop mobile applications.

Who your target audience is?

What will your target platforms be?

The app features and functionality!

The development timeline and budget!

Understanding the difference between native and hybrid apps, and what type of app would eventually move their business forward should be the first step that business owners consider before going ahead with the app development.

At times, it also depends on what you are looking to achieve (based on client’s preference).

For developing native apps, developers rely on the native-to-the-operating-system programming language to build apps that fit one particular platform, such as smartphones, desktops/laptops, smart TVs, or any other advanced gadgets being used in the digital space.

An app developed for Android will not work with iOS (and vice versa).

With native apps, developers can leverage all features of an operating system. Developers are required to develop separate apps for each platform, as a result, the development of native apps are more costly and also takes more time.

But the benefit of such apps is that they will give you better performance. Native app development is ideal for delivering an all-out user experience in terms of the appearance and feel of the app.

For building hybrid apps, developers are required to build a single code bar for two platforms.

With the help of specific tools, it is possible to create communication between the platform and the web view, which makes hybrid apps feel like a native one.

As hybrid apps are developed for multiple platforms, the code is written for only once and the same code can be used for all the platforms.

Hybrid apps has two major components- a backend code, and a native viewer which is downloaded for displaying the functions and the backend.

For developers, hybrid apps are easier to work with, and are often cheaper to produce.

But a big disadvantage of hybrid apps is that it can suffer from lagging and discrepancies between devices and the operating system.

The main difference between native apps and hybrid apps is in the development process. Hybrid apps are written using a single common codebase, and is developed across all platforms.

It is packed up to run on both iOS and Android. On the other hand, native apps are developed for specific operating systems.

While developing native apps, the developer will need to create two duplicate versions of the app, written in two different programming languages (one for iOS and one for Android).

It is the difference between having an individual app for an individual smartphone operating system, and an app that is dependable across all platforms and works equally well across them.

You should not expect a hybrid app to perform as well as the native app.

The choice, ultimately, depends on the goals and priorities of your business plan.

WHAT IS NATIVE AND WHAT IS HYBRID?

For native, you basically have 2 options:

There are a lot of different technologies that you can choose from for Hybrid, for Hybrid you could choose one from the list:

Yeah, thats a bunch of technologies, and I will be posting new articles for most of them in the future.

So make sure to follow me if you want to learn more about any of them. But for now, lets ask ourselves...

Time to market, or do it right?

Normally, when a company decides to build a mobile app, they are either playing catch up with their competitors, or have identified a new business opportunity, but, as we as devs always know, product stakeholders want the application built out and released ASAP.

However, as we all know, ASAP means we are going to do to many compromises as well as well as make decisions on the fly.

Both hybrid and native approaches can certainly get the job done but there are considerations that we should be aware of.

First, if a company can wait more than 6 months before the app is launched, and dont really care about expenses and can create a team for each platform they want to launch on, tipically iOS and Android, a native approach will obviously make more sense. Native applications have the best performance, highest security, and best user experience.

However, if the team really needs to get the application up and running, then going hybrid could be the best alternative because the app can be built in one source code, by a single team and maintained with ease, then it can be released across platforms, this, because development time, expenses and effort is considerably less as compared to that of native applications.

They crash less often, get higher ratings in app stores, and ultimately, lead to happier customers and more downloads.

Now that you know the difference between both of these approaches to creating an application, what do you prefer? native or mobile?