If your company is thinking of launching a mobile app, one of the most important decisions to make is choosing between native or cross-platform mobile development. The choice you make has implications in terms of cost, time, and functionality. 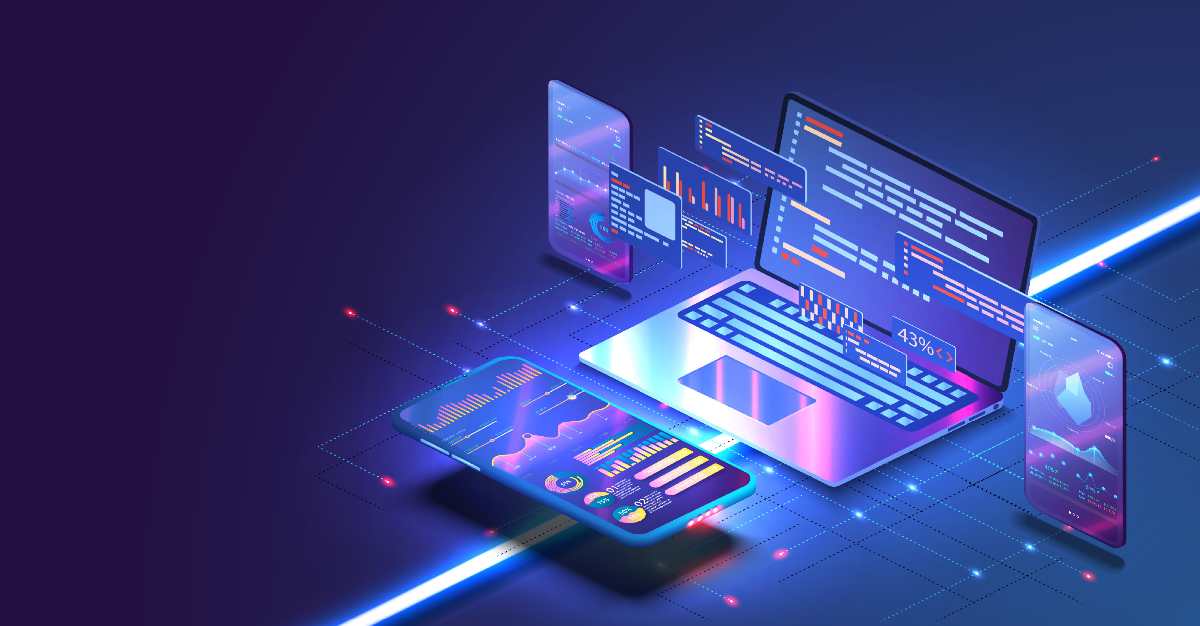 Today there are more than four and a half million apps available on both Appstore and Google Play, targeting more than fourteen billion mobile phones worldwide.

‍
If your company is thinking of launching a mobile app, one of the most important decisions to make is choosing between native or cross-platform mobile development.

The choice you make has implications in terms of cost, time, and functionality. Let's explore both options and weigh the pros and cons of each.

New technologies, Mobility, the Internet of Things, and eCommerce have changed the use of mobile applications.

With powerful cross-platform application development tools like React Native, Xamarin, and Flutter, you can create apps with a 90% reusable codebase that utilize native UI and control elements, can access all smartphone functionalities, and comply with the Human Interface and Material Design guidelines.

In fact, according to CustomerThink.com, a web based on IT business knowledge around the world, React Native is considered the most effective platform for mobile app development.

The question is, what is the right technology stack for YOUR project? Let's find out.

For example, you could develop a native Android app using Java and choose Swift for iOS apps.

‍
Native apps are known to deliver a great user experience as they are usually high performance.

However, companies are usually concerned about the high cost of native app development, as they need to run parallel developments for both platforms.

These factors are guaranteed since native mobile developers can use tools tailored to a specific platform. Hence, the advantages of each OS are being fully used.

The ability to use the whole features of native platforms leads to the fact that we can make the application flexible and scalable. And the final process of publishing your app in Play Stores is as simple as possible, which is understandable: the features of native apps perfectly meet all their requirements.

iOS and Android apps have significant differences in the user interface. And a customer who prefers a specific platform is used to a specific screen design. Both users and developers find native mobile app examples more convenient in this regard.

Native development is quite expensive. In the end, such an approach implies the joint work of Android and iOS developers, and more employees lead to more costs.

You’ll have to wait longer for the launch of the app, especially if you want to run the program on two platforms at once.

Launching an app is only the beginning of its life cycle. Next, you’ll have to update its functionalities, correct bugs, and more. Native mobile apps are rather difficult to maintain.

Cross-platform (Hybrid apps) development is the process of creating an app that works on several platforms. This is achieved by using tools like React Native, Xamarin, and Flutter, where the apps created can be deployed on both Android and iOS.

‍
While cross-platform development saves time and cost, you risk sacrificing a little quality in the process.

It is very difficult to tailor an app that runs optimally on various platforms, sometimes resulting in lower performance.

‍
Startups will of course favor the reduction in time and cost with cross-platform development.

However, bear in mind that it might be a little more tricky to customize the app beyond what’s allowed in the framework.

Cost savings issues are among the main reasons to develop a cross-platform app. Creating a single application able to work on multiple platforms reduces costs and optimizes time and team effort.

Only a single cycle of development is required to create an app that runs on multiple platforms. It also reduces the dimension of the team you are using to develop the app.

As the app is created with a single cross-platform development tool, only one code base is created.

As said, instead of having two teams of developers, one for each platform, you’ll need only one to create a cross-platform app.

Launch iOS and Android at the same time

Since the cross-platform app is focused on several different platforms, it'll enter those markets at once. The number of potential users will also increase, as well as the chances of getting them to download your program.

The app logic works the same way on all platforms, which will simplify the process of updating and improving your mobile service. You don’t have to do double work, and QA will also take significantly less time.

Keeping identical UI/UX for native mobile apps is a rather complicated task (if only because two separate teams work on them). On cross-platform apps, the use of a single code base allows them to have the same user interface on each platform.

New frameworks are being released to help cross-platform mobile developers in their work. Today, these programs both look and behave like native applications, and that's one of many reasons why the use of cross-platform apps is a growing trend.

Native features of the device

The cross-platform application doesn’t naturally have access to all the features of the platform. However, the need for full integration doesn’t always arise, it depends on what you need from the app tasks.

When you need to implement a new feature that should work and be supported on various devices, cross-platform technologies are unlikely to provide the level of flexibility of native mobile applications.

The process of authorizing a cross-platform application in the App Store and Google Play takes a lot of time. Moreover, each update must also be authorized before it becomes available.

If you already have a native iOS/Android app and want to rebuild it in React Native, it will be a significant initial investment.

Low Performance on some Apps

Performance may not be as smooth for certain types of applications, particularly if they rely heavily on data.

When to use Native and when to use Cross-platform frameworks?

All the development techniques have their pros and cons. So, the best option for your company is entirely conditioned by the type of project.

When you decide what is right for you, maybe you want to analyze the following:

One vs. Multiple Platforms

To decide which direction to go when choosing a coding framework for your app, you just need to answer the following question: Is it crucial for your business to be available on multiple operating systems, or is it more niche-focused building an impeccable experience for each operating system?

If your business needs to have an application that can run on different operating systems then the answer to your problems is cross-platform application development.

It gives you the convenience of developing on just a single codebase that you can then deploy to any operating system.

Contrarily, if your target group consists of customers using predominantly iOS or Android devices, then you should focus on native app development.

In this way, you will be able to create a better user experience.

As we already concluded, native development is more expensive than cross-platform when it comes to developing, testing, launching, and maintaining an application.

‍
That doesn’t mean that cross-platform should be underestimated just because it's the cheaper option.

Most of the time, it's difficult for the user to distinguish if the app uses native or cross-platform frameworks. Many companies decide to go cross-platform and then invest the money saved to build out more features for their users.

At Devlane, we are used to working with Android Apps, iOS Apps, or Hybrid solutions.
We can help your company make a better choice and boost your business in the digital world.

‍
So if you have a project you want to start, don’t hesitate to reach out to us today.