Are you looking some insights about SOLID? Learn about some of their benefits when applying them and a practical case using TypeScript. 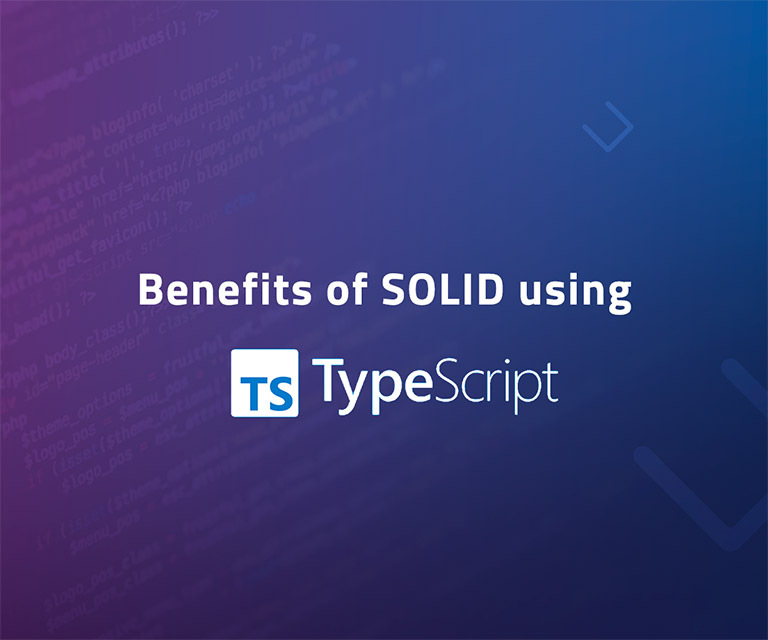 “If the bricks aren’t well made, the architecture of the building doesn’t matter much.” — Clean Architecture (Uncle Bob)

This article aims to introduce SOLID principles and give some insight into their benefits when applying them.

We’ll go through each one of them and show some examples using Typescript.

SOLID is an acronym for five software design principles introduced by Robert C. Martin in the 2000s, that aim to help us structure our code to:

• Write components that can be used in many software systems.

Now, let’s go through each one of them.

A class should have one, and only one, a reason to change.

If our classes assume multiple responsibilities, they will be highly coupled, thus making them more challenging to maintain.

What’s a reason to change?

Uncle Bob states that this principle is about people. This means that when you write a software module, and changes are requested on that module, those changes can only originate from a single person or a tight group of people representing a single narrowly defined business function.

This can also be considered the definition of Separation of Concerns.

The following piece of code shows a violation of the SRP in which the Book class is both a representation of an entity and also implements the persistence of such an entity.

By applying Separation of Concerns, we split the Book class to have the representation of the book in one class and the persistence logic in another one:

Software entities should be open for extension but closed for modification.

This principle states that software entities must be extensible without modifying the existing code. To achieve this, we need to make abstractions.

By doing this, we’ll be able to extend the behavior of a class without changing a single line of code in it.

The following snippet shows an AreaCalculator class that accumulates the areas of different shapes, that will have to be modified every time we add a new Shape:

A solution for this would be to implement a Shape interface in every shape. This way we implement a simple method to calculate the sum of the areas.

Every time we need to add a new shape, it will implement the Shape interface and we won’t have to make any changes on the calculator.

Let q(x) be a property provable about objects of x of type T. Then q(y) should be provable for objects y of type S where S is a subtype of T.

This principle states that objects must be replaceable by instances of their subtypes without altering the correct functioning of the system.

A classic example of a violation of this principle is the Rectangle-Square problem.

The Square class extends the Rectangle class and assumes that the width and height are equal. When calculating the area of a square, we’d get a wrong value.

I solved this by doing the same I did for Open-Closed Principle . I implemented a Shape interface that will have to be implemented by every new shape we add.

Many client-specific interfaces are better than one general-purpose interface.

This principle states that classes should never implement interfaces that they don’t need to use. If they do, we’ll end up having not implemented methods in our classes. This can be solved creating specific interfaces instead of general-purpose interfaces.

The solution is splitting VehicleInterface into specific interfaces:

This principle states that a class should not depend on another class, but instead on an abstraction of that class. It allows loose-coupling and more reusability.

If Post relies on a interface instead of a class, we wouldn’t have to make changes on it.

These principles represent the cornerstone of state-of-the-art software. When combined together, they make it easier for programmers to develop code that’s easier to understand, extend and maintain.

Whether you’re just learning about programming or you’re an experienced developer, I hope you enjoy this story.

Also remember that at Devlane we are experts on custom software development and IT Staffing. Whether you need to carry out a full development or just need a boost in your internal IT in-house team, we are here for you.

If you wish to learn more about us, visit our full website here or if you want to directly contact us, you can do it over here.