In the current world, you cannot imagine life without smartphones (other similar digital devices). And that makes mobile applications more prevalent than ever before. This is possible as smartphones have become much cheaper and faster, and mobile networks have spread far and wide, allowing us to remain connected to the internet very easily. 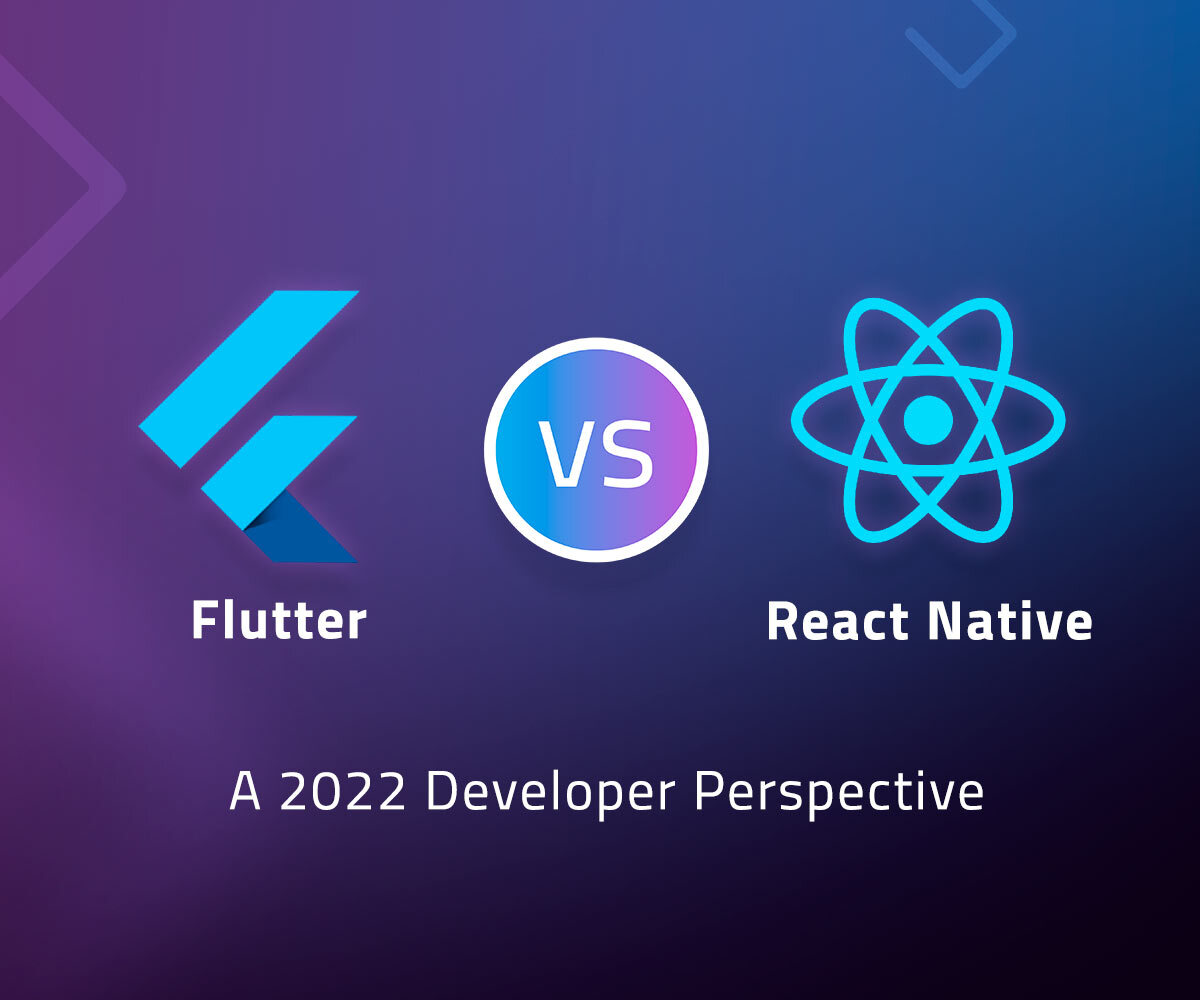 This has led to developers working to better meet user expectations and create native versions of their products for major mobile platforms.

These products need to be fast and easy to use in order for the companies to be able to stay competitive on the market.

Choosing the wrong framework will lead to a poorly-designed app that will overheat the user’s device, lag and malfunction.

Flutter and React Native are two similar facets of cross-platform app development, but are more than often, considered to be ardent rivals.

Both the facets help developers to lessen the Time to Market (TTM) in shipping interactive business applications to clients and thereby improves productivity.

The difference between the performances of Flutter and React Native is a subject of debate, as developers have divided opinions on the topic of performance as everything about them sounds good in terms of agility and speed.

Flutter is commonly addressed as an enhanced UI toolkit that helps in building cross-platform applications with a single codebase.

Flutter is an open-source interface building tool that uses the Dart programming language created by Google.

Flutter targets mobile, desktop, and other web platforms from a single codebase and features its own Dart compiler to create hardware-optimized apps for ARM architecture.

It allows developers to create expressive and flexible UI with native performance.

One Codebase: Flutter allows developers to run everything off one codebase as it renders everything by itself. It supports Android, iOS, Web and Desktop platforms.

Seamless Integration: Developers do not need to re-write codes as Flutter can easily integrate with Java for Android, and Swift or Objective C for iOS.

Pixel Rendering: Flutter manages every pixel of the screen. This ensures that the developers’ widgets will look the same on every digital device.

This means that there will be no device support issues. As a result, developers are able to create user interfaces that look exactly the same on both Android and iOS platforms.

Rich Widgets: Flutter provides rich widgets that follow the guidelines of Material Design for Android, and Cupertino for iOS.

Quick Shipping: Flutter offers quick repetition cycles and saves the build time as testing is required for only one codebase.

User Interface: In Flutter, vector graphics and animation support has issues in rendering plugins on time.

Operating Platform: The operating platform has limitations in terms of UI rendering on native platforms. It is not compatible to develop apps for Android TV or Apple TV.

Tools and Plugins: The libraries and tools of Flutter are not as rich as React Native.

Late Features: Features that are newly added on native Android and iOS systems get introduced in Flutter later than on their native versions.

POPULAR APPS MADE WITH FLUTTER

React native is a comparatively mature framework. It is an open-source native UI development framework that runs on React JavaScript and is led by the social media giant Facebook.

It mainly focuses on the native rendering of applications that are mostly compatible with Android and iOS. It is written with the combination of XML-Esque markup and JavaScript (also known as JSX).

React Native was at the peak of its popularity in 2018, and the React Native github repository was the top second as per the number of its community contributors.

Stable API: React Native has a mature framework with stable API (and is backed by Facebook).

Decreases Risk: New code can be added to a running app which decreases the risk of losing some functionalities during app rebuild.

Easy to Learn: React Native is easy to learn for React and JavaScript developers.

User Interface: The UI may not look very user friendly as native rendering APIs do not support certain native UI elements. It still lacks some custom, platform-specific modules and may require the expertise of a native developer to create them.

Performance: React Native is often said to have slow performance as it does not support parallel threading and multi-processing.

Tools and Plugins: React Native uses third-party libraries for better implementation that may often be outdated.

Navigation: The navigation in React Native is not as smooth and cross-platform development may lead to performance and device-related app issues.

Uncomfortable for Games: React Native is not the best choice for gaming and heavy animation apps.

POPULAR APPS MADE WITH REACT NATIVE

Both Flutter and Native React frameworks are really great for mobile app development, but Flutter offers many features that can help in developing attractive mobile applications, with a better user experience.

Flutter can also be developed faster, and in a way allows you to save more time and money. Flutter is also faster at coding in comparison to React Native when it comes to evaluating the performance of these frameworks.

Since both the frameworks are comparatively young, both have huge community support and are dominating the community almost equally.

As per Google trends data, about 61% of developers are interested in Flutter, and about 81% of developers prefer React Native for app development. The popularity of Flutter is greater in countries like China, Bangladesh, Japan, etc.

On the other hand, React Native has more popularity in countries like Argentina, Belarus, Canada, etc.